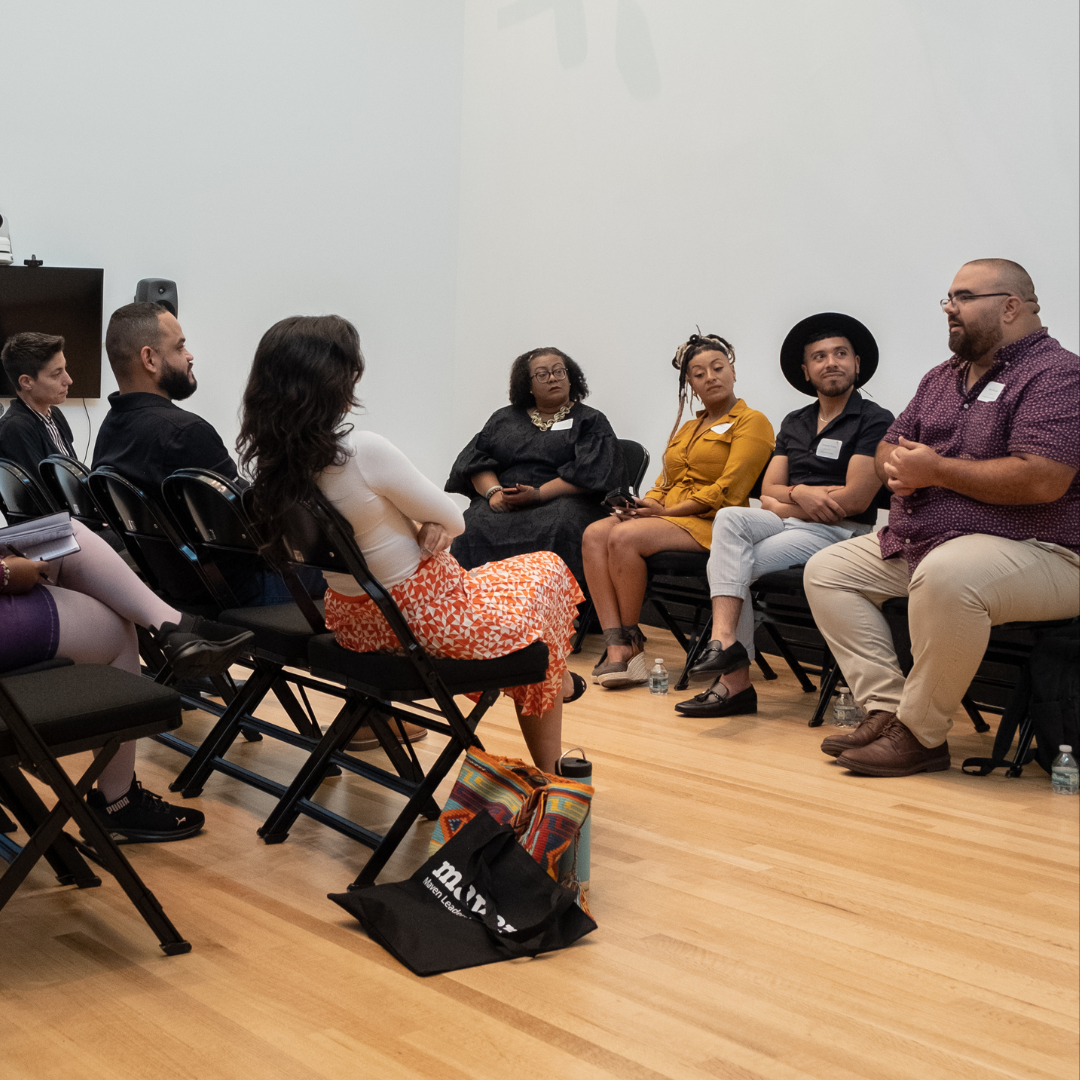 During the second half of Maven Rising 2022, guests broke out into solution sessions where they were able to engage even deeper on topics that have real applications in their daily practice as social impact leaders. In these intimate sessions, participants had the chance to exchange ideas, resources, and engage in hands-on learning. In the session, “Reimagining What’s Possible in Philanthropy”, moderated by Maven Board Chair, Doris Parent (she/her), participants provided their expertise on how philanthropy can evolve to meet a changing understanding of how identity, power, community and wealth should influence society.

Gabriella Rodriguez (she/her), the executive director for QLatinx, and Alex Rosales (he/him), the program manager for the Elevate Prize Foundation joined Parent in discussing ways to reimagine philanthropy and get as much funding as possible into the hands of organizations doing the critical work in their communities.

Panelists discussed the benefits of “Trust-based philanthropy” as a realistic alternative which addresses the inherent power imbalances between foundations and nonprofits. At its core, trust-based philanthropy is rooted in a set of values that help advance equity, shift power, and build mutually accountable relationships that see grantmaking as more powerful as a partnership versus a one-time transaction.

When discussing the trust-based philanthropy at Elevate Prize Foundation, Rosales was careful to say it was not a “perfect transition,” but a “better transition.”

“Philanthropy still uses stolen wealth in order to resource others,” Rosales said. “Our job as professionals in philanthropy I believe, is to make sure that we can distribute that wealth to build power, and shift and create change, not just for change’s sake, but really to build the power of communities who are on the frontlines each and every single day really moving the needle on issues that impact us all, especially for queer, Black and brown people. And I think that we need more voices like us in the room when it comes to those funding decisions.”

After almost three years since the race reckoning and the global pandemic that began in 2020, organizations have already begun reverting to old practices and dismantling DEI initiatives. But, through trust-based philanthropy, Rosales, hopes to establish community investment that will be there long after they are gone.

Panelists suggested maintaining relationships with funders and approaching existing funders for connections to other resources. Many nonprofit organizations can face hurdles including funders only wanting to be the first investor, or having to fill out extensive paperwork about deliverables before a check has even been cashed. But, ultimately, grassroots organizations are the ones who know the community the best. Rosales reiterated the power in that proximity, and how to leverage it for social change.

“What really helps drive the conversation for a funder is demonstrating that they have the unique value add in the community,” Rosales said. “ Unfortunately, it’s often reduced to that sort of advantage. Conversations around trust based philanthropy is knowing that these organizations are a direct line to impacted community members that philanthropy itself wants to be as if, if a philanthropic institution is serious about wanting to be more trust based and make those overtures, they want to be able to identify those nonprofits that are the most proximate to the community members that they probably do not have a relationship with, or have no idea what their priorities are.”