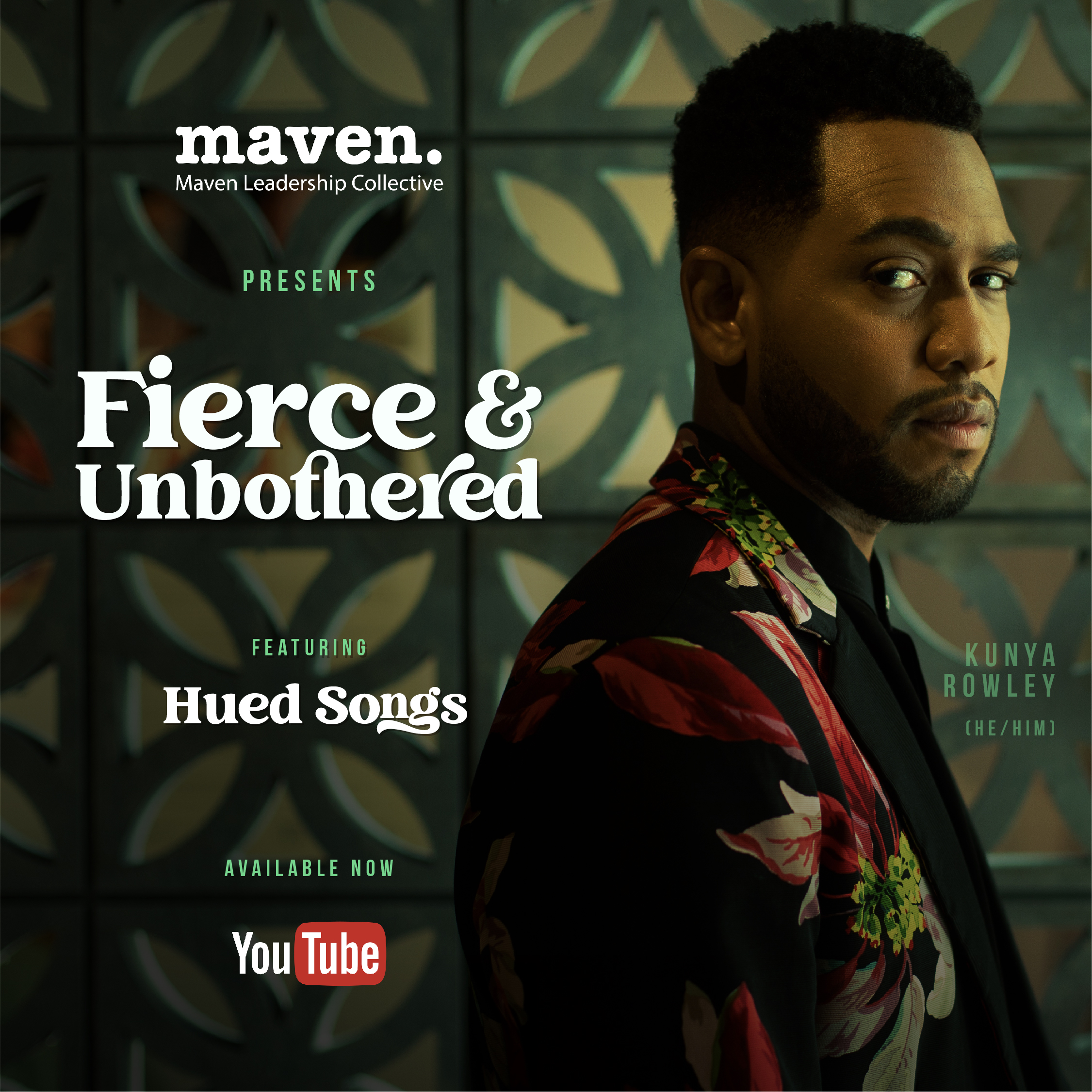 “It’s an artist’s duty to reflect the times in which we live.” —Nina Simone

Filmed in the Historic Hampton House in Miami’s Brownsville neighborhood, “Fierce & Unbothered” is a declaration of Black queer struggles and liberation. The music video  juxtaposes archival footage of the Civil Rights Movement of the 1950s and 60s with current movements for Black freedom from police violence, homophobia and transphobia.

The Historic Hampton House is a Miami landmark and an important site to the early Civil Rights movement. Martin Luther King Jr. recited an early version of his “I Have a Dream Speech,” in the then-segregated era Miami hotel and the Congress of Racial Equality (CORE) held weekly meetings there to strategize around ending segregation in the South.

It is against this backdrop of the Hampton House as a site for Black liberation, that Maven Leadership Collective, a Miami queer and Black-led nonprofit that invests in queer and trans people of color, in collaboration with Hued Songs, a non-profit that celebrates Black culture through music, collaborated to create “Fierce & Unbothered”.

The release of the music video underscores the urgency in the work left to be done in dismantling systems of oppression, specifically for queer and trans people of color.  The video also captures our unwavering voice as queer people who recognize the power of the arts and our own power in the fight for equality.

“I think it’s for all of us to feel uncompromised and unapologetic in the way we take up space. Everyone deserves to feel that without consequences,” says Corey Davis (he | they), co-founder of Maven. “There’s so much work to be done, but we can leverage the momentum made by so many extraordinary folx who are creating change in their communities.”

In “Fierce & Unbothered”, four Black male vocalists sing,  “Ain’t Gonna Let Nobody Turn Me ‘Round,”  a Black spiritual turned freedom song during the Civil Rights Movement. The singers then transition to a soulful cover of Beyonce’s “Freedom.” Three of the singers are Black queer men. “Black Lives Matter” and “Black Trans Lives Matter” protest footage intersperse between the imagery of the men inside the Hampton House.

Kunya Rowley (he | him), founder of Hued Songs, says “Everyone may not be called to give the speech, but each person has the power to create change. I hope we inspire people to feel that they can shape the future.”

The collaboration between Maven and Hued Songs is emblematic of the way the organization likes to partner with Maven graduates who have grown their initiatives. It is an effective way to amplify impact.

Maven Leadership Collective is a social impact ideas lab and content creator. We consistently invest in queer and trans social impact leaders of color to build more resilient communities that thrive even in crisis, tragedy, and transition. With operations in South Florida and Central Florida, Maven improves the quality of life for more than 200,000 people each year in the areas of civic engagement, economic independence, health equity, and access to the arts and public education.

To learn more about how Maven provides the lift for social impact leaders to fly, visit our website. Registration for the core professional development programs will open during summer 2022.

Kunya Rowley, founder of Hued Songs, is an alumnx of the Maven Leadership Cohort, graduates of the program, known as Mavens, receive professional development, funding and access to a broader social impact network.

An opera singer and actor, Rowley had an idea to create a performance series for Black composers and performers. Hued Songs is a manifestation of that dream.

In 2017,  Hued Songs received a $20,000 Knight’s Arts Challenge grant to launch the series. “My mission is to amplify and celebrate Black culture through arts, music, dance and spoken word. It’s a platform where Black and brown artists can be seen and paid,” says Kunya.

Since then, Maven has supported Hued Songs in becoming a nonprofit.

In 2021, Hued Songs was awarded $90,000 from the Knight Foundation and this year they have been awarded a $10,000 National Endowment for the Arts Grant. This funding provides more opportunities to invest back into the Black art community in Miami-Dade.

This year, people in South Florida will have a chance to witness the soulful performance of Hued Songs’ The Juneteenth Experience. It will take place June 19, 2022. For more details, please visit www.huedsongs.com.

Kunya is an alumnx of the Maven Leadership Cohort, and one of their many success stories. Hued Songs is a manifestation of a dream being provided support in the form of funding, resources and partnership.

The show, like “Fierce & Unbothered”, pays homage to the predecessors who dreamed of a higher quality of life. “Our ancestors walked and marched so we can run,” says Kunya. “The lessons we receive from those who came before us have to be deeply embedded in how we lead today because there’s still more work to be done.”